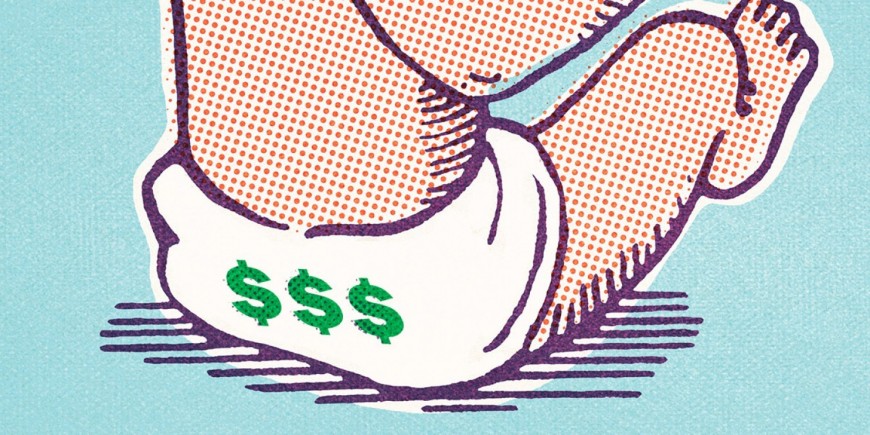 The cruelest thing about buying diapers 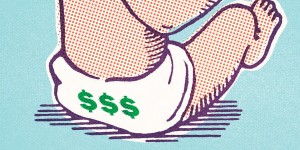 By Emily Badger and Juliet Eilperin March 14 at 9:07 AM 

The Walmart within walking distance of Nuri Mora’s home in South Central Los Angeles, where a 74-count box of diapers sold for $28, closed in January. So now she boards a bus. It runs only every half-hour, and catching it means trailing a toddler, a stroller and an 8-year-old. It also means adding bus fare to the cost of the diapers — which are more expensive at other stores anyway.

Cheap diapers are hard to come by for the families that have the least to spend on them. Mora, 27, scans coupons and travels for bargains. She tells her children “no” at the grocery store, when she has to choose between the kiwis they want and the diapers 2-year-old Nathan needs. Then, sometimes, when she finds a good deal, it comes in the wrong sizes.

“Sometimes you have to decide between ‘Okay, this box has 120 diapers, and this is the size that he doesn’t use. But if I get the size that he’s using, it’s just 70 diapers, and I have 50 diapers more. So what should I do?’ ” she says, knowing that a too-small size might chafe her son’s skin. “You just have to make things happen.”

Federal aid to low-income families has a “diaper loophole,” as Luke Tate, a special assistant to the president for economic mobility, puts it. Food stamps can’t be spent on diapers. Medicaid doesn’t cover them. Special nutrition benefits for mothers and infants don’t come with diapers, either. Federal assistance is designed to help poor families with nearly every essential need from housing to health care, but diapers — a product fundamental to child health that no baby can do without — aren’t included.

At the same time, the new digital economy has made diapers cheaper than ever for middle-class and wealthy parents, who can afford to click a smartphone to place a recurring order on Amazon Prime — paid for with a credit card — which will ship bulk diapers right to their front door.

The result, according to 2014 government data, is that families in the lowest-income quintile of diaper buyers spend nearly 14 percent of their after-tax income on diapers. Families in the middle quintile spend less than 3 percent.

“It’s not just a public health problem, it’s a public health problem with a market problem,” says Tate, a father himself. An adequate supply of diapers can cost poor families nearly $1,000 per child each year. “I think I’m paying half that because I’m able to order in bulk, because I have the capital, the Internet, the device, and I’m able to receive packages in the place where I live.”

The White House, short of securing in Congress changes to existing anti-poverty programs, recently unveiled a partnership between diaper manufacturers, non-profits and an e-commerce site that will cut the cost of diapers available to low-income families to about 13 cents a piece. A good deal at Costco — for families who can afford store memberships, bulk purchases, vehicles to drive home or stable mailing addresses — runs about 20 cents a diaper.

Tom Manning, the vice president of a New York City-based nonprofit that serves homeless youth, says his organization, Covenant House, spends about 33 cents per diaper buying in bulk. “Whatever we can save on things like diapers,” he says of plans to use the new White House partnership, “we can put into job training.”

Rep. Rosa DeLauro (D-Conn.) has tried to provide federal assistance for diapers since 2011, when she introduced the Diaper Investment and Aid to Promote Economic Recovery (DIAPER) Act. The measure would have taken funding out of the approximately $2 billion in federal block grants to states for child-care development aid.

Conservatives immediately mocked the proposal as yet another federal giveaway to the poor. Tom Schatz of Citizens Against Government Waste called it a prime example of how the nation “is moving ever closer to becoming a ‘nanny state.’ ” Radio talk show host Rush Limbaugh devoted an extended segment to the bill on his show on Oct. 21, 2011, calling it a “hilarious” idea.

“I’m not pooping you. There’s the story. I kid you not,” Limbaugh said, after describing the bill. “I mean this gives a new meaning to the term pampering the poor.”

DeLauro notes that she reintroduced the federal legislation last year, as the Hygiene Assistance for Families of Infants and Toddlers Act, but it has not gained traction in the Republican-controlled Congress.

“It was a subject of ridicule,” she says, adding that her Republican colleagues showed no interest in the matter. “They would not entertain it. It was, ‘Why is the federal government getting involved in helping people get diapers?’ ”

DeLauro, co-chair of the bipartisan Congressional Baby Caucus, said many middle-class and wealthy Americans are simply unaware of the challenges poor people face when it comes to affording diapers. Although the White House initiative won’t eliminate poverty, she said, “it’s a piece of the puzzle” and will raise public awareness.

Through the new White House initiative, called the Community Diaper Program, e-commerce company Jet has offered to use its warehouse and logistics network to sell nonprofit groups bulk diapers with free two-day shipping. Diaper maker First Quality in turn offered to design more spare diaper packaging to skim down costs. Organizations that are part of the National Diaper Bank Network are expected to buy more than 15 million diapers through the program this year, and diaper producers Huggies and the Honest Company announced new donations to the network.

Any nonprofit organization in the country, regardless of whether it provides diapers, will be able to purchase them through this platform, a private-sector solution that White House officials hope will outlive the current administration. The idea leverages nonprofits to do for poor families what they frequently can’t themselves, whether that’s placing large orders to earn lower per-unit costs, or taking advantage of digital platforms.

Their inability to do either means that the poor often pay more for the same goods that wealthier households buy. This has been true for as long as bulk buying has existed, but tools such as Amazon Prime have widened the price gap. The new digital economy is creating all kinds of benefits, but many of them remain out of reach of low-income Americans, Tate says.

“This is like 2x surge pricing on diapers,” says Josh Miller, the director of product management in the White House Office of Digital Strategy, who also worked on the new partnership. And the surge pricing only applies to the poor.

And diapers — unlike many other products that are cheaper when purchased online with credit cards — have direct health consequences. Families who can’t afford enough diapers risk diaper rash and urinary tract infections that can lead to hospital visits, says Megan Smith, an assistant professor of psychiatry at the Yale School of Medicine. And her research has found that “diaper need” — the inability to provide them — is a stronger predictor of stress for mothers than even indicators such as neighborhood crime and food insecurity.

“There’s such a psychological dimension of diaper need, of really this inability to soothe a crying child,” Smith says. “It really decreases your sense of being a good parent.”

Hard-pressed families she has worked with have tried all kinds of work-arounds: diapering babies in T-shirts, bleaching used diapers to sterilize them, leaving children in dirty diapers just a little longer to stretch a pack. Each of these tactics — as Mora worries when she considers buying the wrong size for her child — comes at a cost to the babies.

“Having to hang a diaper to dry and put it back on your baby is really unimaginable for a mother to think about,” says Kelly Sawyer Patricof, the co-president of Baby2Baby, a Los Angeles-based nonprofit group that provides diapers and other necessities to families like Mora’s. “But that’s the reality of what’s happening.”

Many day-care providers, even free ones, also require parents to drop off children with as much as a two-week supply of diapers. Parents who can’t afford to do that may not be able to work during the day because they must care for their children themselves. Or, Smith says, parents may take on second or third jobs just to pay for the diapers that allow them to make a primary job, leaving them even less time with their children.

Mora decided against daycare for her son when she learned about the diaper requirements. She used to spend days with her children while working an overnight shift at Taco Bell. She just started a new job in the mornings as a barista, and her mother watches Nathan while she’s gone. She’s also anticipating, any month now, that he’ll outgrow the one product that costs her more than clothes and shoes for her children combined. That is another consequence of diaper need: Potty training starts early.

No other information about this author.